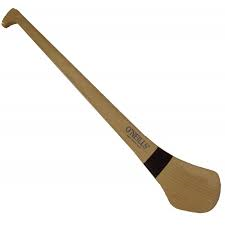 Brave effort from the hurlers

Carlow matched Galway most of the way in the first half of this Walsh Cup Semi Final in Netwatch Cullen Park. Things started brightly for Carlow and they led by 0-2 to 0-1 in the early stages. Carlow could have been be forgiven for thinking that it might just be their day when referee Gavin Quilty (Kilkenny) flashed a red card to Andy Smith for an off the ball strike with the hurl on Richard Coady. However it would not prove to be the difference in the final synopsis.

Galway took the lead with ten minutes remaining in the first half but scores from John Michael Nolan and Marty Kavanagh reduced the deficit to just one point as the tie headed into stoppage time. A short puck out went horribly wrong and the sharpness of the Galway forwards showed when Padraig Brehony stroked the ball into the back of the Carlow net. Craig Wall managed to get one score back for Carlow just before the half time whistle to make it Carlow 0-9 Galway 1-9 at the break.

Galway started the stronger in the second half with Dean Higgins converting two frees. Marty Kavanagh then began a tit for tat battle with the Galway free taker as he quickly added three points to bring Carlow back within three points with twenty minutes to go.

The first half red card for Galway may not have been the turning point that Carlow could have hoped for but another golden opportunity knocked when Seamus Murphy was fouled in front of the goal and referee Gavin Quilty threw out his arms to signal a penalty. Marty Kavanagh stepped up to take the penalty, he had already scored six points for Carlow but unfortunately it narrowly went wide. Kavanagh would go on to add three more points for Carlow, including a fine 65 but Galway turned on the style in the closing ten minutes and managed to score 1-6 . A brave effort from our lads and they will have learned a lot from keeping company with today’s opponents.

It finished Carlow 0-15 Galway 2-18 and Carlow now host Wicklow in the first round of the National Hurling League on February 15th.