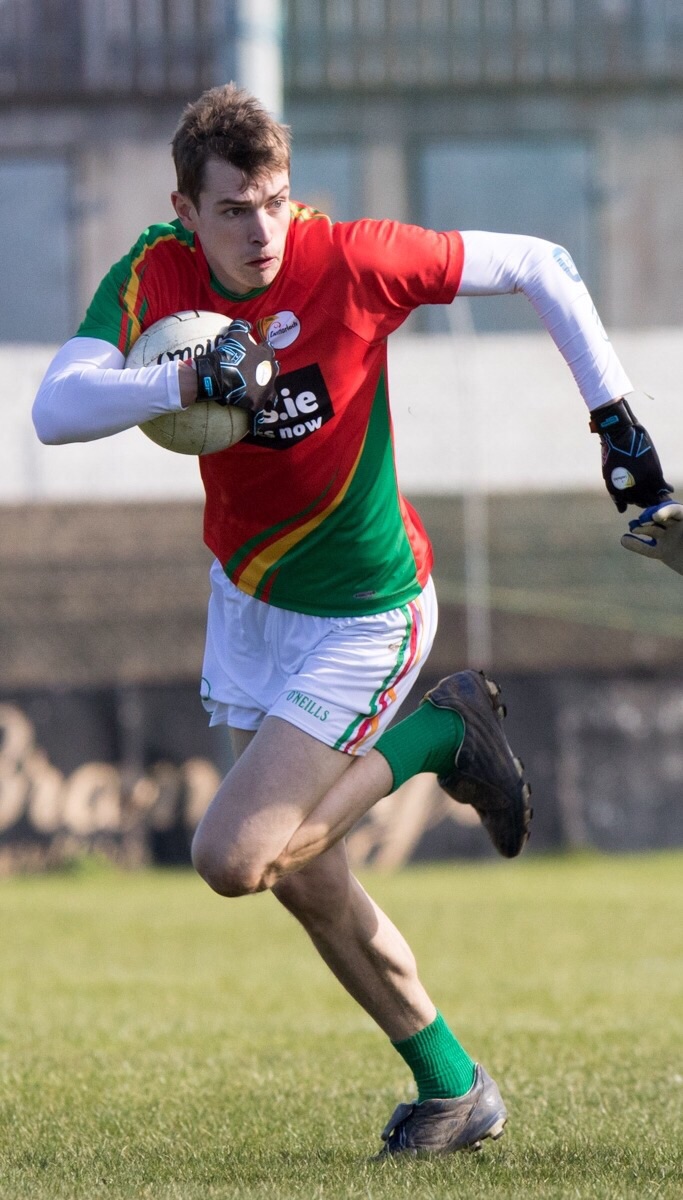 All Ireland Senior Football Qualifiers Round 1A

Carlow have exited the 2015 All Ireland Football Championship. Efficient periods for Longford at the beginning and end of the first half saw them enjoy some breathing space. Longford looked to have dealt the final blow on forty eight minutes with a Dessie Reynolds goal but Carlow replied instantly in the shape of a Daryl Roberts goal. Longford would add another goal shortly thereafter and kick on to see out the game.

For long periods in this game Carlow’s approach to the game was working. Longford were getting frustrated and had to resort to kicking from distance. Graham Power, Benny Kavanagh and Kieran Nolan all found themselves in the right place at the right time and intercepted.

Longford got off to a good start and had a healthy three point lead inside ten minutes. Two Brian Kavanagh frees and a Liam Connerton point gave Longford the momentum early on. Longford were heading for goal on twelve minutes when Kieran Nolan stole the ball and disposed of the danger. The ball came in again and Kieran Nolan caught it cleanly and mounted a counter attack through Michael Meaney. Meaney got the ball to Derek Hayden who was fouled and Brian Murphy converted the resulting free to give Carlow their first score of the day.

David Bambrick got Carlow’s second score on fifteen minutes after Sean Gannon and Daniel St Ledger combined to win the ball in midfield and along with Eoghan Ruth they worked it forward to find Bambrick. The Longford danger was not going away and a high ball just outside the Carlow square broke for Liam Connerton, Robbie Molloy saved impressively from point blank range.

Brian Kavanagh converted another free to edge Longford two clear. An eight man strong scrum of players saw the ball disappear from sight, Brian Murphy somehow got hold of it and slotted it over the bar. Daniel St Ledger and Benny Kavanagh put in a vital block deep inside the Carlow half. Once again Longford had to resort to kicking from distance and Benny Kavanagh intercepted on his own forty five. Kavanagh worked the ball forward to Gannon  who slotted the ball over from some forty metres to level the sides on twenty seven minutes.

Longford restored the three point lead when they closed out the half stronger with Brian Kavanagh, Liam Connerton and Diarmuid Masterson all adding points. On the cusp of halftime Carlow faced another gilt edge goal chance from Longford. The ball broke dangerously close to the Carlow goal once again and the Longford man got past Molloy only for Darragh Foley to save on the line. Longford led 0-7 to 0-4 at half time.

Graham Power got Carlow off to a bright start to the second half with a point within the first minute after a pass from Gannon found Power in space. Kavanagh restored the Longford to three on forty three  minutes. Michael Meaney replied on forty six. Then came what looked like a fatal blow for Carlow. Dessie Reynolds blasted the ball to the back of the net to give Longford a six point lead. Carlow replied in an emphatic way. Gannon got the ball and drove into the Longford half, Brian Murphy received the ball and found Daryl Roberts who was met with a wall of blue jerseys. As Roberts headed away from goal he got his shot away and it drifted into the top right corner over Paddy Collum’s head to give Carlow some hope.

Liam Connerton would find that all important momentum shift for Longford when on fifty minutes he shot past Molloy to edge Longford five points clear. Brian Kavanagh converted another free to really put daylight between the sides. Carlow finally responded on fifty three minutes when Daniel St Ledger slotted over a free from fifty metres.

Longford came into their own in the final fifteen minutes. Scores from Brian Kavanagh, Diarmuid Masterson, Dessie Reynolds, Michael Quinn, Fergal Battrim, Ronan McEntire saw Longford lead by eleven. Brian Murphy scored a free for Carlow late on to reduce the deficit to ten. The referee blew the full time whistle to end the game and Carlow’s involvement in the 2015 championship.