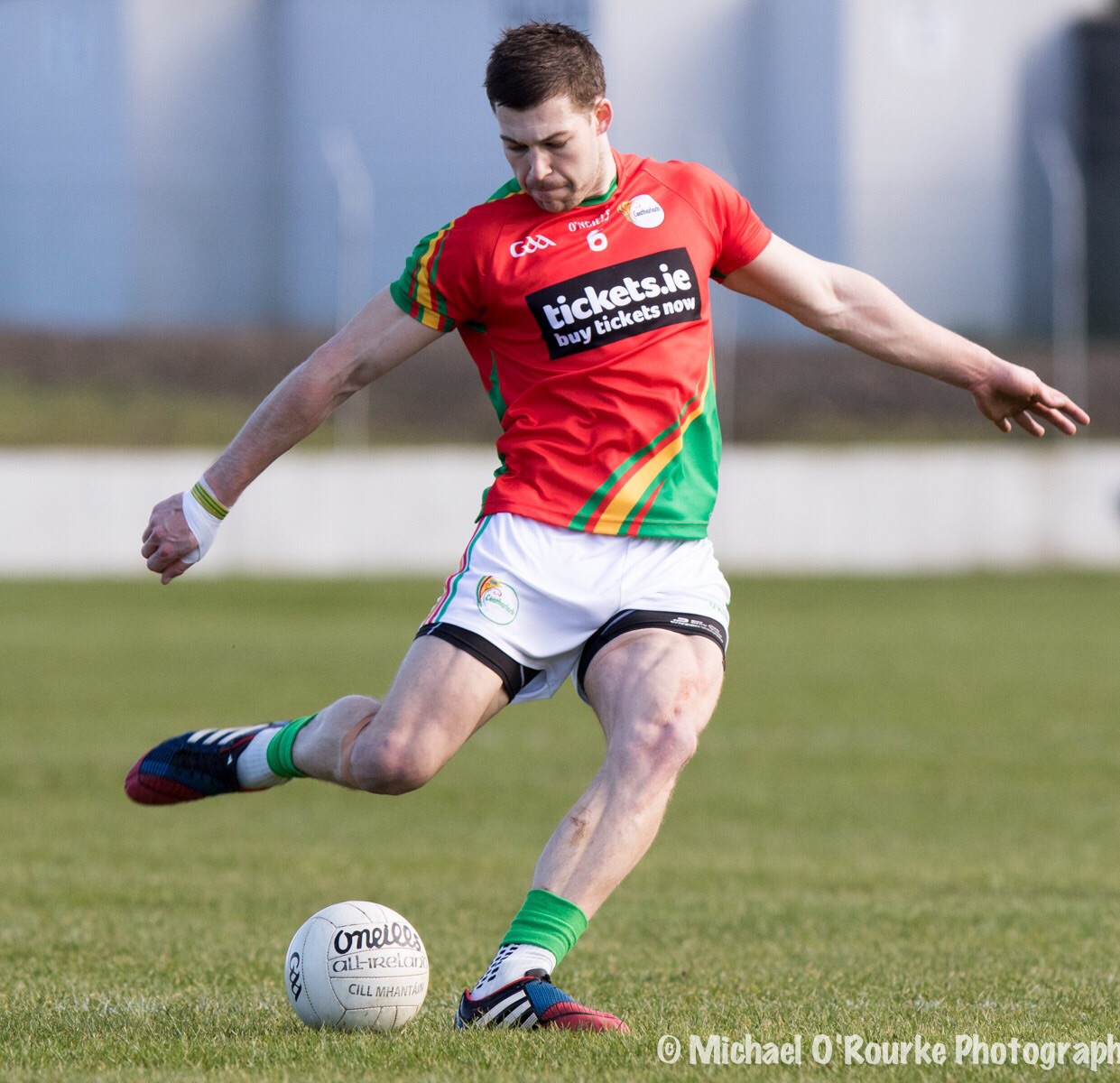 Sean Gannon got Carlow off to an impressive start with an impressive drive from winning the thrown in, he popped the ball over the bar with just thirteen seconds on the clock. It was not the first time that Gannon has won the ball from the throw in and scored this season. Padraig Gill cancelled out his score after two minutes. John Murphy battled hard to win the ball when Shane Redmond’s long distance clearance was intercepted by a Longford man. Murphy did enough to cause the Longford man to fumble the ball, win the ball and put it over the bar.

Longford then kicked into a higher gear. From the eight minute to the nineteenth minute Longford scored seven points unanswered and ultimately this period edged Longford into a lead that would be very hard to close.

Brian Murphy got Carlow’s first score in some seventeen minutes after Darragh O’Brien won the ball sliding on his knees . Darragh Foley got a score from out near the sundrenched sideline to bring Carlow back within four points. Longford responded and if it wasn’t for a combined effort of Barry John Molloy and Kieran Nolan, they would have been in for a goal. Padraig Gill added a point for Longford shortly thereafter. Darragh Foley pumped a ball in, John Murphy won it and went all the way in towards goal and sent it to the back of the net to give Carlow great hope.

Brian Kavanagh wouldn’t let Carlow enjoy the goal too much and he put Longford back into a three point lead. Brian Murphy and Alan Kelly added scores for Carlow but so too did Michael Quinn and Brian Kavanagh for Longford . Carlow trailed 1-6 to 0-12 at Half Time.

Longford started the second half with another purple patch with four points inside the first seven minutes. Longford goalkeeper Garret t Higgins rose up to retrieve a lofty ball into the box but so too did Sean Gannon who got a fist on it and it narrowly went over the crossbar. Daniel St. Ledger got another one of his forty metre plus scores to prompt a cheer from the Carlow supporters. Ciaran Moran got a point within two minutes of coming on as a substitute. Eric McCormack who was also just introduced , made no mistake when he slotted over a long range free. McCormack got his second score in four minutes to bring Carlow within just two points.

This was as close as Carlow would get unfortunately and Dessie Reynolds blasted the ball to the back of the net for Longford . Darragh O’Brien instantly responded with a point but that would be there final score. Robbie Molloy did impress late on and did very well to prevent a goal when he dove on the ball and removed the danger. Molloy also made another remarkable save deep into stoppage time. It finished Carlow 1-12 Longford 1-18. Next up for Carlow Senior Footballers is the Leinster Championship tie against Laois in Netwatch Cullen Park.