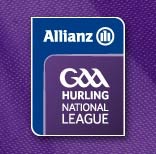 Carlow have got off to an impressive start in Division 2A with a commanding victory over the Garden County neighbours on a scoreline of 3-17 to 1-6.
Wicklow responded the better to a Diarmuid Byrne point after thirty seconds and were beginning to get on top as Dan Staunton pointed for Wicklow after 2 minutes and when Andy O’Brien got on the end of a long Leighton Glynn ball, he flicked it to the back of the net to give Wicklow a three point lead. The dominance of Wicklow didn’t last long however when Glynn won a free for Wicklow just around midfield and in a moment of madness he jabbed his hurl into a Carlow man leaving referee Fergal Horgan(Tipperary) with little option but to show him a straight red.
Carlow were buoyed by the one man advantage as firstly  Martin Kavanagh converted a free and thirty seconds later he received the ball to the left of the Dublin end goal, looked up to see two Wicklow backs facing him but he spotted a gap and somehow zipped through it and the two Wicklow men were left on the ground after colliding with each other. Kavanagh headed towards goal and popped the ball to Seamus Murphy who drove it to the back of the net to reclaim the lead for Carlow.
The Carlow tails were up, Ed Byrne slotted over a point after he turned Liam Kennedy inside out twice with two dummys. Ed Byrne would add another point followed by Sean Murphy to bring the score to 1-5 to 1-1 after 20 minutes. Carlow had two opportunities to kill the game entirely, Martin Kavanagh got on the end of a long Richard Coady pass but was very unlucky to hit the post with his shot for goal. Carlow would be in on goal again shortly after only for Wicklow pressure to force errors.
Special mention must go to Wicklow midfielder John Connors who lost his hurl but continued to chase for the ball. When he arrived to the ball he flicked the ball up with his two feet, caught it and then punted the ball forward much to the enjoyment of the Netwatch Cullen Park crowd.
Martin Kavanagh converted another free on 27 minutes only for Jonathan O’ Neill to peg Carlow back with a free of his own. Diarmuid Byrne added a great long range point on 30 minutes. A minute later the ball came to him in a similar position only for him to flick it forward this time. The ball eventually ended up with John Michael Nolan who sent the ball to the back of the net to give Carlow an eight point lead with half time on the horizon. Sean Murphy added a point for Carlow to bring the score to 2-8 to 1-2 at half time.
The second half got off to a slow start and it wasn’t until the 40th minute that Craig Wall opened the scoring. Wicklow’s Andy O’Brien would convert a free to show some signs of life for Wicklow. Then half time substitute Craig Doyle drove towards goal and stroked the ball to the back of the Wicklow net to ignite Carlow once more. Ger Coady added a point from close to his own half, Ed Byrne surged through the Wicklow defence to pop over a point to exact their dominance. Andy O’Brien responded with another point but Diarmuid Byrne, Craig Doyle and Martin Kavanagh would keep the scoreboard ticking and it read 3-15 to 1-4 in the 60th minute. Mark Brennan scored to become the 10th different scorer for Carlow today and Craig Doyle added one more with only stoppage time to play. It finished Carlow 3-17 Wicklow 1-6. Next up for Carlow is a trip to London on February 21st.
Carlow Scorers