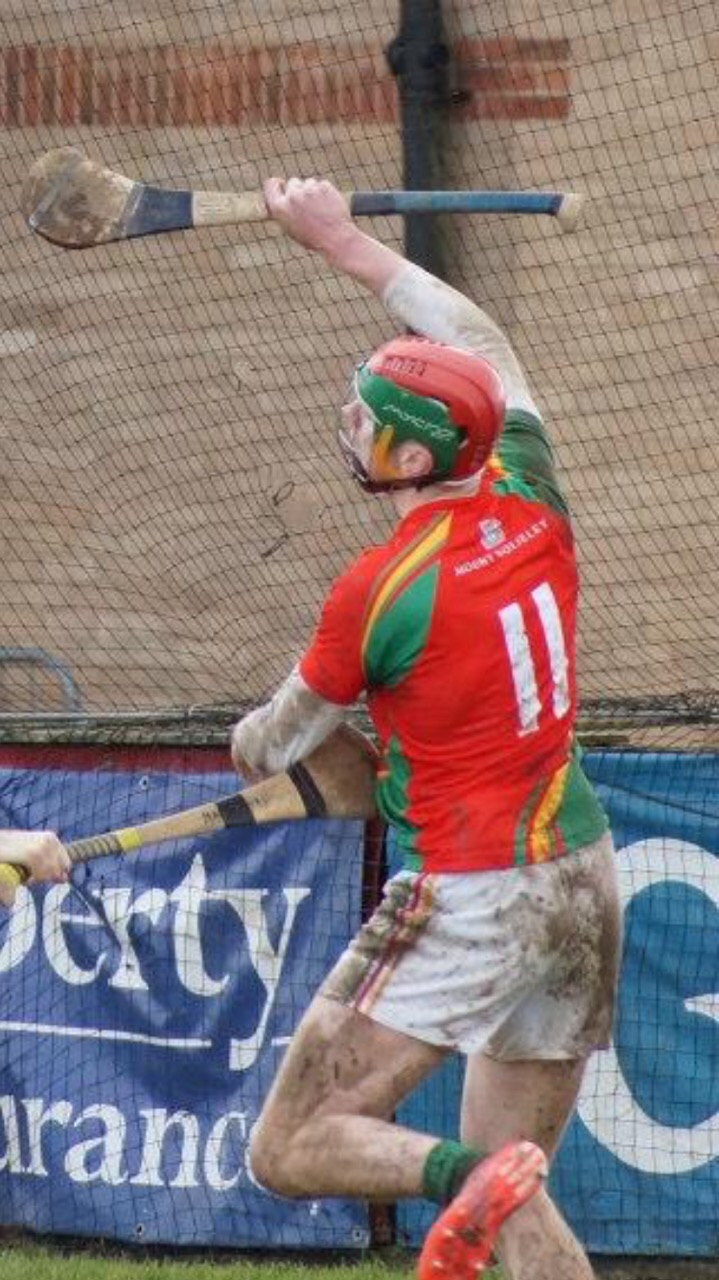 Carlow Lose Out to Laois

For the second time in seven days it was a case of Carlow’s opposition having to stave off a Carlow comeback late on but  unfortunately both Westmeath and Laois were able to grab the wins. Laois seemed to be cruising at times and in the opening minutes of the second half they scored 1-4 unanswered which ultimately was enough to edge them clear. Laois didn’t have it all their own way and Carlow finished stronger, scoring 1-7 in the last twenty minutes. A deflected Martin Kavanagh free ,when Carlow only needed a goal to tie the contest , could have went anywhere at the end of the game but the Laois goalkeeper’s hands was where the ball ended up and Diarmuid Kirwan blew the full time whistle.

Carlow played with a very strong wind in the first half but they will regret that they only scored five points. Martin Kavanagh got them off to a good start with a converted free inside the first minute. Laois replied quickly to level it up on two minutes. Eddie Byrne reclaimed the lead for Carlow only for Laois to peg Carlow back again. A Martin Kavanagh free put Carlow a point up on thirteen minutes. Neither team would score again for another seven minutes. Laois finished the half stronger with five points to Carlow’s two. Martin Kavanagh had converted another free and Diarmuid Byrne got a score but Laois scored two points in reply to each Carlow score to bring the sides in at half time leading 0-7 to 0-5.

The period of dominance for Laois in the opening minutes of the second half was always going to be hard to peg back for Carlow. Laois scored 1-6 in the opening fifteen minutes of the half to Carlow’s 0-2. By the fifty second minute Laois had moved into an eleven point lead but suddenly Carlow sprung to life. A Martin Kavanagh free followed by a moment of sheer individual class from Diarmuid Byrne where he converted a sideline cut got Carlow going. Sean Murphy and Jack Kavanagh added a point each before Laois got their first score in eight minutes. A David English point, two Martin Kavanagh frees and a point from Laois meant the game would go into the closing five minutes with six points between them.

Eddie Byrne found what looked like a lifeline when he got the goal with just two minutes remaining. From eleven points down to trailing by just one score, Carlow couldn’t complete a remarkable comeback. They had reduced the eleven point gap to just three in a fifteen minute spell. Next up for Carlow is the visit of Antrim on the 24th of May.