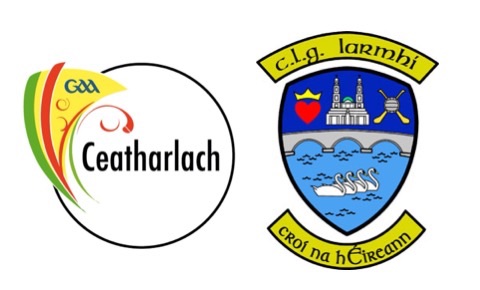 Carlow face Westmeath on Saturday in a must win game. Carlow will be looking to exact revenge on Westmeath for their win against Carlow in the Leinster Minor Hurling League.

Westmeath’s confidence will be sky high after they decimated Wicklow in the first round of the Electric Ireland Leinster Minor Hurling Championship. Thirty points separated the sides as Westmeath built on an eighteen point half time lead to beat Wicklow in ruthless fashion.

Carlow lost out to Offaly in their first round match in the Leinster Minor Hurling Championship. A bright start from Carlow saw them take an early three point lead despite playing against a strong wind. In the end Offaly won by twelve points, and they can thank their in-form free taker Conor Molloy who converted nine frees successfully.

Westmeath have been impressive all year and their path to the Leinster Minor Hurling League Semi Final saw them rack up big scores. In their four league matches they amassed 10-61 which included a 1-20 to 0-9 victory over Carlow. Carlow weren’t too far off the pace and their Leinster Minor Hurling League campaign saw them score 8-52 in three games with a big win over Kildare on a score line of  6-20 to 1-05.

Carlow will be keen to deliver a performance against Westmeath and they will hope Kevin McDonald can keep up his good free taking form. After a frustrating visit to O’Connor Park the Carlow forwards will be relishing the opportunity to impress  in a home Leinster Championship game.