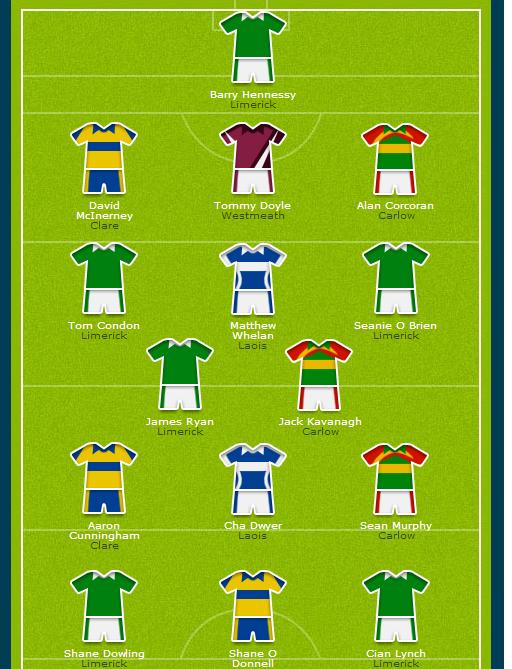 Carlow Represented on Team of the Week and Super Scorers Well done to Alan Corcoran, Jack Kavanagh and Sean Murphy for being selected in the GAA’s Hurling Team of the week for their performances against Antrim.

A further congratulations to Sean Murphy who featured in this week’s GAA 2015 Championship Super Scores . Murphy’s late goal put the icing on the cake for Carlow as they beat Antrim in the Leinster Championship.