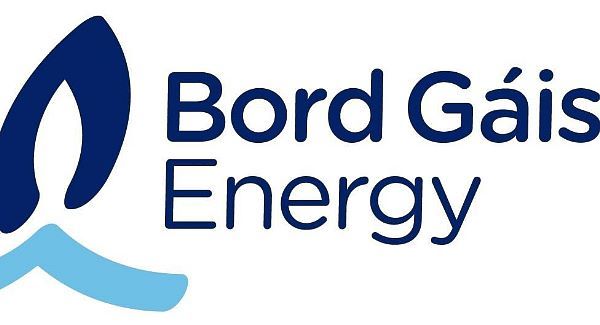 Carlow have been knocked out of the Leinster U21 Hurling Championship by Kilkenny but their victory was not definite until Justin Heffernan blew the full time whistle. A second half which saw Carlow score 2-4 to Kilkenny’s 0-5 would ultimately not be enough to topple the Cats. Two first half goals for Kilkenny set them up well for the remainder of the game, Carlow did however mount a serious comeback. Peter Shaw’s goal in the early going of the second half gave Carlow great confidence and began Carlow’s fight back which eventually would bring them to within two points and of one score of winning.

Things looked bleak for Carlow with Kilkenny having a serious goal opportunity inside the opening seconds. A great save from Jack Barron would deny Ciaran Ryan but Jason Cleere would get the opening score with a point after just thirty seconds. Conor Martin added a free for Kilkenny to increase their lead to two. In a late change to the Carlow team, Chris Nolan started at corner forward. After an impressive showing against Laois the young Mount Leinster Rangers man looked to be keen to continue his form and pointed for Carlow on four minutes after his Mount Leinster Rangers colleague Kevin McDonald found him with a fine pass. In true Kilkenny fashion Ciaran Ryan responded instantly and after Jack Barron denied him in the first minute, Ryan found his spot this time and blasted the ball to the back of the net to give Kilkenny a 1-2 to 0-2 lead on four minutes.

Carlow did not panic and when Ted Joyce won the ball inside the Kilkenny half he carved his way through the defence and grabbed Carlow’s second point of the night. Paddy Deegan replied with a point for Kilkenny. Kevin McDonald did not have the best start to the game with his free taking but on the ninth minute, from around fifty metres he converted one to bring Carlow back to within three points. Chris Nolan got on the end of the ball and was very unlucky to be outnumbered as he headed towards the square. Kilkenny did well to force Nolan’s shot wide. Kilkenny reacted to this well and Ciaran Ryan added another point before Liam Hickey got Kilkenny’s second goal.

Carlow kept their cool and kept working hard. Kevin McDonald added another free and they held onto the ball well. Conon Fenlon and Mick Grady worked well in tandem in winning the ball from Kilkenny and sending it forward. Chris Nolan got another point on eighteen minutes from around the forty five metre line. Crucially Kilkenny kept the scoreboard ticking. Mark Mansfield added a point followed by another free from Conor Martin. Kevin McDonald replied instantly with a real piece of individual skill when he stroked the ball over the bar from forty metres out on the wing in front of the terrace. Kilkenny were in no way going out of the game and James Maher would reply straight away with a point too. Three points, two for Kilkenny, one for Carlow all within sixty seconds.

Kevin McDonald converted another free on twenty five minutes. Conor Martin cancelled it out with a point from play. Carlow had a goal opportunity denied by Darren Brennan in the Kilkenny goal,

Peter Shaw wouldn’t let the possession go to waste and put it over the bar. Ciaran Ryan would grab another score for Kilkenny late on in the half to give Kilkenny a 2-9 to 0-8 lead at half time.

Kilkenny started the half with a point that gave them an eight point lead with thirty one minutes gone. Carlow needed something special and they got it shortly into the half. Jack Kavanagh was introduced at halftime, he had a brief cameo in the first half as a blood sub but the switch was made at half time. Sean Whelan sent a long range ball from in front of his own goal all the way down to Jack Kavanagh deep inside the Kilkenny half. Kavanagh found Peter  Shaw who made no mistake in dispatching the ball to the back of net. Kilkenny are known for their sucker punches of goals and it looked likely as they headed for goal in instant reply but a group consisting of any amount of Carlow players dislodged the ball and allowed Carlow to clear. On the end of that play came a Peter Shaw point to reduce the deficit to four. Kilkenny got their first score in seven minutes when Conor Martin converted another free but Carlow were getting a lot of possession. Jack Murphy was one of many fighting for every ball and he forced a line ball for Carlow by using his physicality to edge the Kilkenny man and ball over the line.

Carlow would go ten minutes without a score but when it came in the form of a Martin Kavanagh free from the sixty five metre line the roof nearly blew off the stand in Netwatch Cullen Park. The Carlow faithful believed. The Kilkenny players responded and Liam Blanchfield got a crucial point that meant they led by five with sixteen minutes left. Chris Nolan brought the deficit back down to four. The ball was pucked out and a ten man strong  ruck developed. Somehow Jack Kavanagh scooped the ball up and burst away. He found Chris Nolan who stroked it to Martin Kavanagh and he sent it over the bar and the Carlow supporters erupted once more. Carlow were trailing by only three with less than ten minutes to go. There was even the all too rare “Carlow, Carlow, Carlow” chant.

Vital scores from Conor Martin and Liam Blanchfield would effectively play Carlow out of the game as time was running out fast. Carlow went down swinging. A long range free dropped in front of the Kilkenny goal. It bounced clear back out and Jack Kavanagh won it. Kavanagh rattled the back of the net to give Carlow some hope. Justin Heffernan extinguished that hope with the full time whistle. None the less it was a memorable night for Carlow GAA and a performance to be proud of. With the youthful aspect of the Carlow side these players are going to be part of the underage fabric for years to come.