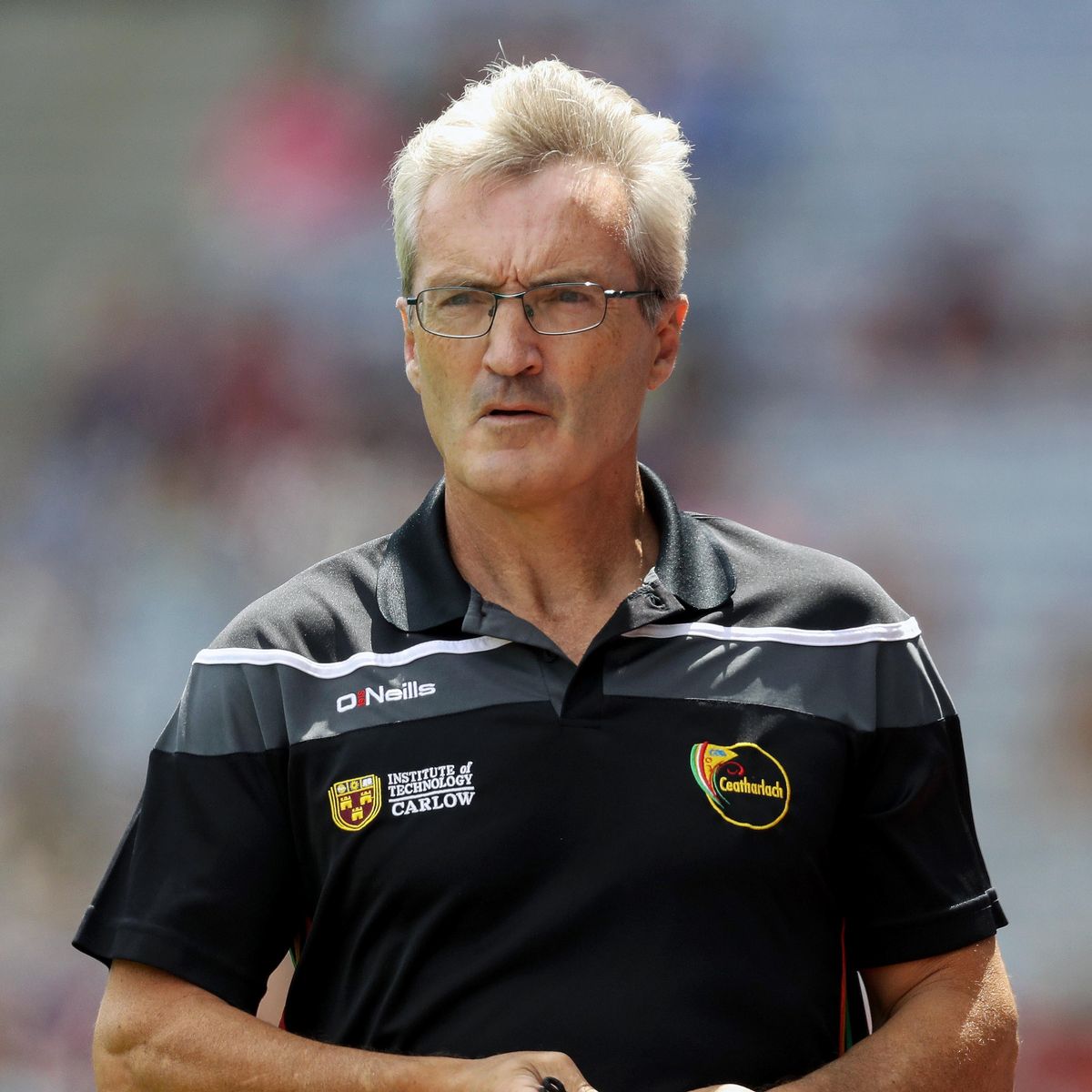 After 4 years of unprecedented success Colm Bonnar has stepped down as Manager of our Senior Hurling Team. We welcomed the Tipperary man into the fold in 2016 and thereafter followed some glorious days for Carlow Hurling.

An emphatic Christy Ring Cup triumph in 2017 was quickly followed by an Allianz NHL 2A title in the Spring of 2018. Later that year we climbed the steps of the Hogan Stand to receive the inaugural Joe McDonagh Cup in what was to prove the crowning glory of his tenure. 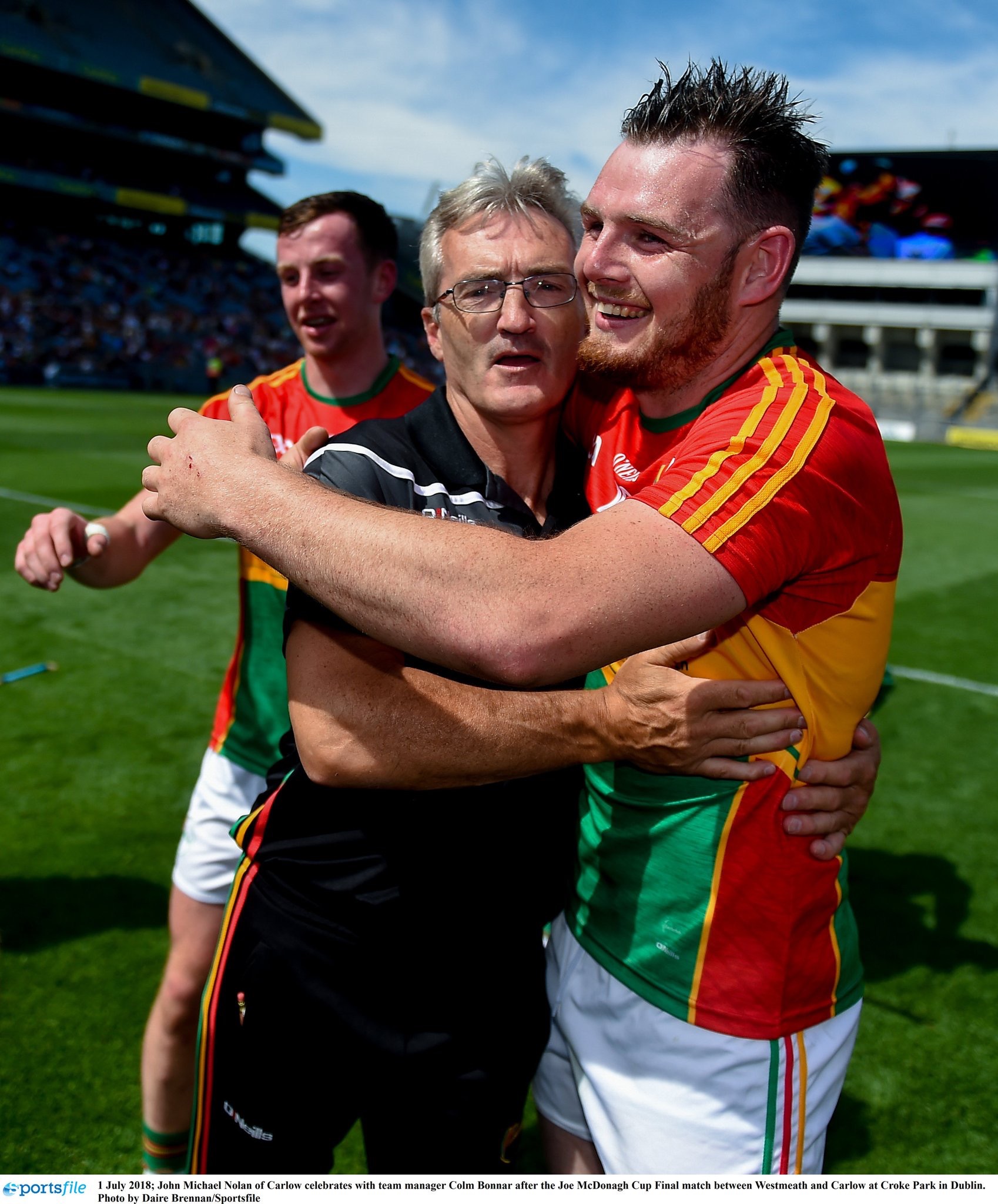 Moving up the ranks to the Leinster Championship & NHL 1B the following year was a hugely important step for this playing group and they acquitted the County with distinction under the Manager’s stewardship. A battling draw with behemoths Galway in Netwatch Cullen Park and a stunning Relegation Playoff victory versus Offaly were the highlights of the 2019 League campaign.
The Manager then led his troops into a Summer of Championship action against the rest of Leinster’s superpowers and packed houses in NCP showed the support that his Team had garnered among the Carlow public.

A topsy turvey 2020 saw Bonnar’s men again compete with Ireland’s best during the League but were unfortunate to be ultimately relegated from Tier 1. Covid-19 was then to scupper the Bainisteoir’s grand plans for another assault on the Joe McDonagh Cup with the competition eventually beginning in a condensed format over the past few weeks.

Carlow GAA wishes to express its immense gratitude and appreciation to Colm for the role he has played in our Hurling development over the past 4 years. A thoroughly professional attitude and a real grá for his ‘adopted’ County were some hallmarks of his time.

We are sorry to see him go but so thankful for the time he spent with us.
A céad míle, míle fáilte will always await Colm Bonnar when he sets foot in Carlow, we wish him and his family every health & happiness for the future.