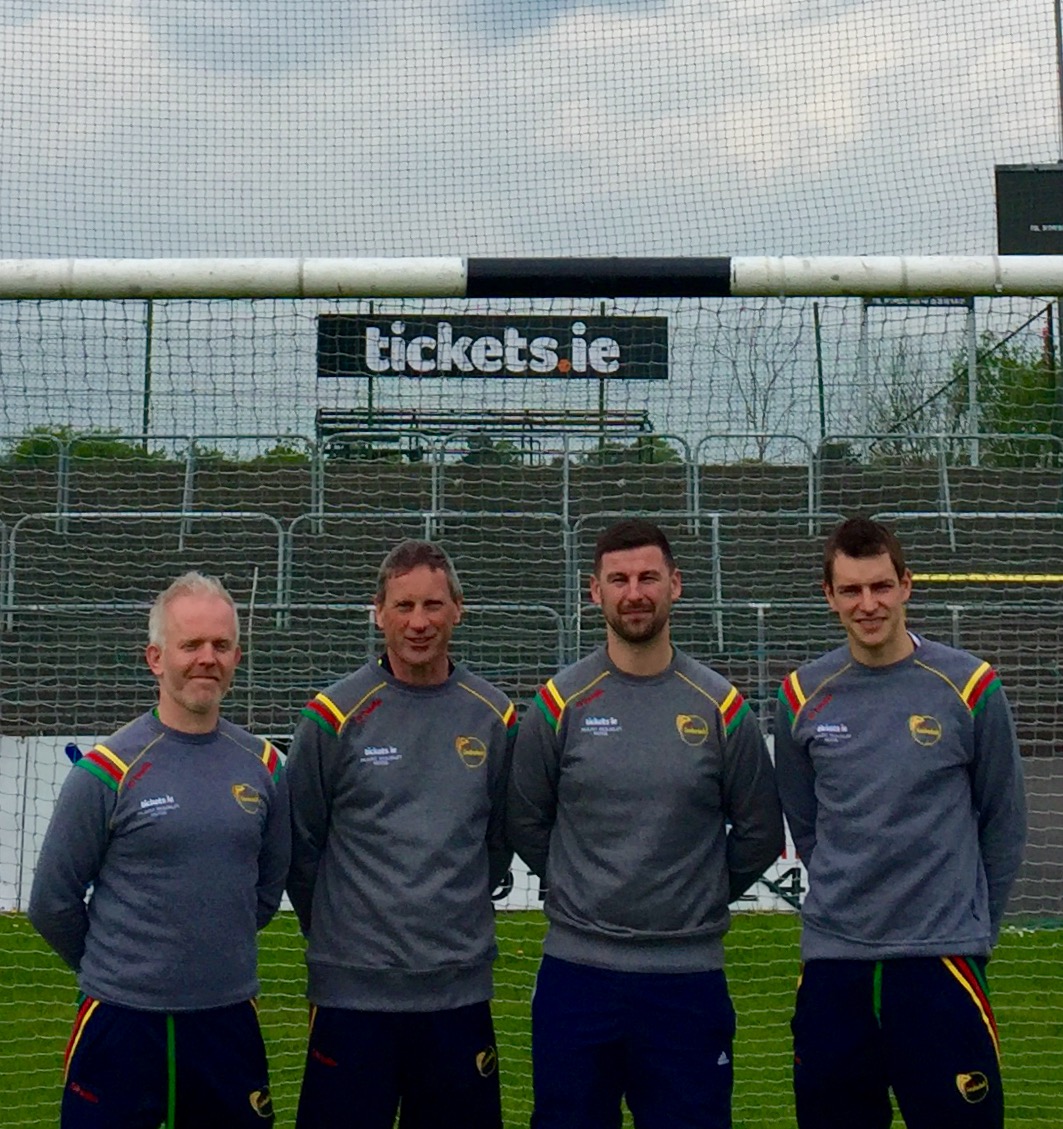 Great news for Carlow GAA with the appointment of Des Shaw as Hurling GDA. Des officially began his new role last week and will work on a part-time basis. His brief, as with the rest of the Carlow GAA Coaching & Games team, is broad and covers a number of different areas; Colts Talent Academies, Schools and Coach Education to name but a few.

This appointment is a boon for Carlow GAA after the first provincial Hurling Blitz Day a week ago where our teams won 7 out of 7 games played. Des has vast experience in the coaching sphere and is a graduate of IT Carlow’s Sport & Exercise course.

Carlow GAA’s Coaching and Games team with Brendan Hayden, Sean Gannon, Michael Kehoe and now Des is surely the envy of many counties across the province and hopes are high that the new addition will continue the good work of the afore mentioned Coaches.