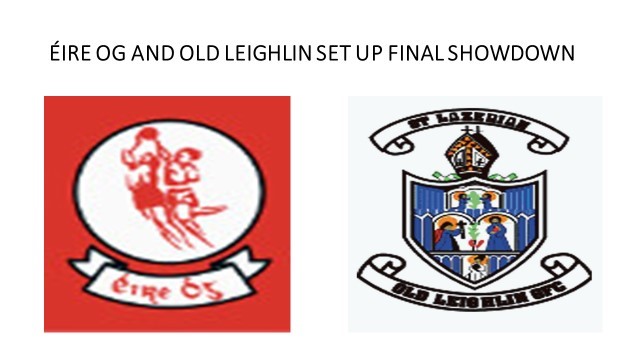 A huge thanks to John Whelan our erstwhile colleague in Carlow GAA who is back with his reports for the busy Championship season ahead.

The sight of red ire g jerseys climbing the steps in Netwatch Cullen Park is a far from unfamiliar one, but it had been four years since the first team got their hands on any silverware.

After an impressive league campaign ire g saved their very best for last. A stellar team performance saw them rack up 4-14 from play.

ire g hit the ground running with Sen Gannon opening the scoring before the end of the first minute. A long range one-two with Chris Blake allowed Gannon to find space and convert the score. It was a sign of things to come.

In the opening exchanges Old Leighlin struggled to hold onto possession in the opposing half. Seamus Kinsella got their first score after five minutes with a converted free. A well finished Sen Gannon goal prevented any shift in momentum. He added another point to bring his tally to 1-2 after just ten minutes and give ire g a six point lead.

Old Leighlin settled into the game and prevented ire g from scoring for a ten minute period. They will regret that they only managed to add a Cathal Coughlan free in that time.

A stoppage time score in the first half for Seamus Kinsella saw the deficit reduced to six at half time.

Old Leighlin got what looked like the perfect start to the second half with a Willie Minchin point in the opening seconds. ire g responded very strongly and kicked into a higher gear.

A Cormac Mullins point followed by a goal and two points from Chris Blake in quick succession put them firmly in the driving seat. Cormac Mullins finished a well worked team effort as he palmed the ball to the back of the net. Seamus Kinsella responded with a free before Mullins was on hand to finish off another goal. A Niall Quinlan sidestep had allowed ire g to break at pace and put the tie to bed.