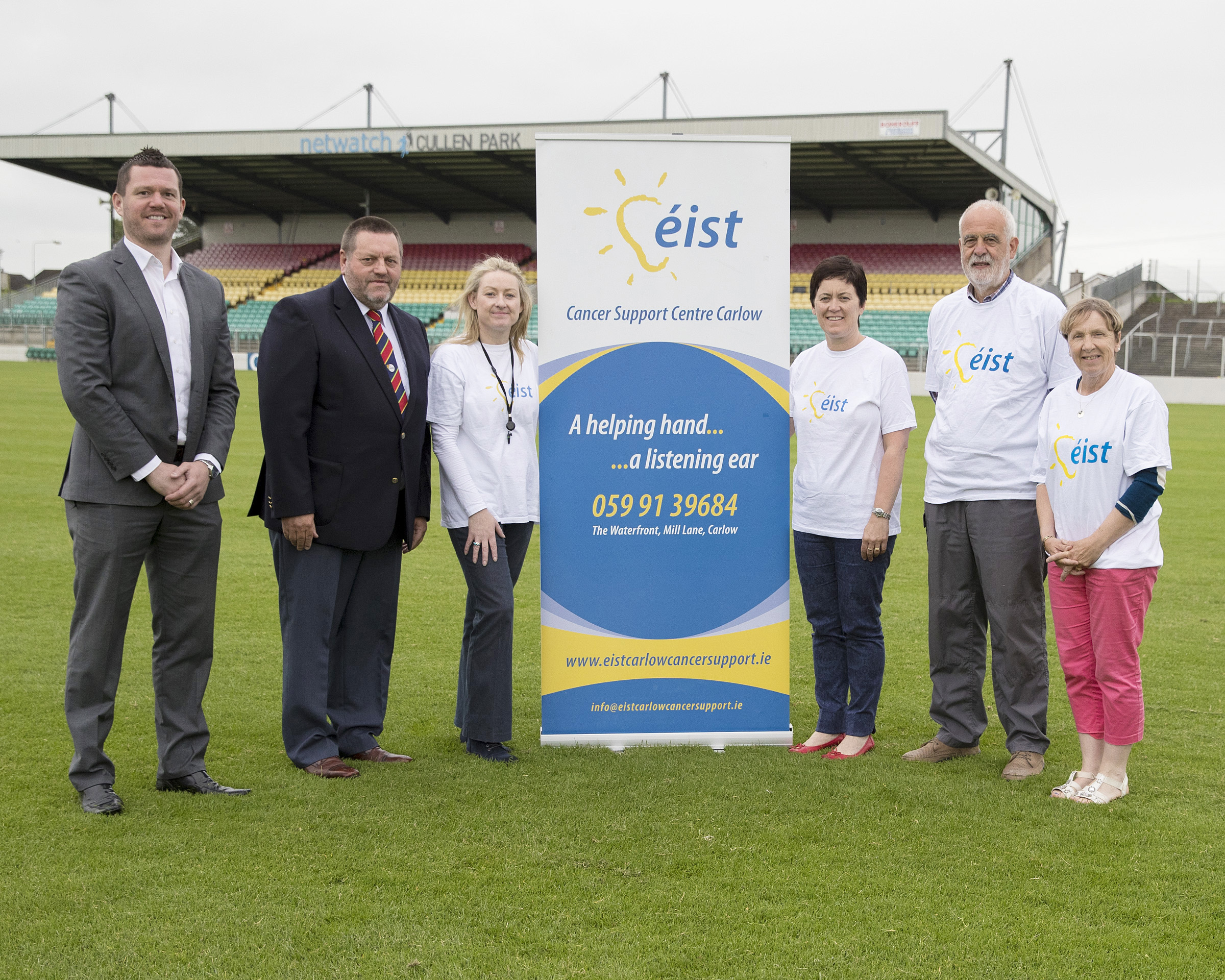 Mens Heallth Week which ran from 13th to 19th June saw the official launch of an exciting new commubnity intitiative betwe between the ist Cancer Support Centre and Carlow GAA., The Men Be proactive about your Health campaign is a joint venture between the two bodies which will promote health awareness, encourage men to be more vigilent about their health and promote ethos that early detection and intervention is the key to survival from all health problems not only cancer.

ist Cancer Support Centre opened in October 2012. Its aim is to provide practical help and emotional support to anyone affected by cancer. The centre supports the person who is coping with the cancer diagnosis, their families and carers. This initiative targets the male members of our community specifically,

Its aim is to educate men and encourage them to become more aware of the importancve of self care.

The ist centre has its foundation in breast cancer support group and we felt very strongly when we opened our doors in October 2012 that it was important that we to get the message out to the general public that our support services are available to everyone who is affected by cancer in our community, men and women. Today 30% of our clients are men explained Eist volunteer Mary Smyth.

Research shows us that men, in the past, have not been as proactive as women attending their doctor when they have health worries said Mary Smyth. We are so excited about this new project. Through the GAA network the ist centre now has direct access to the adult male community on County Carlow and the surrounding areas. to assist in spreading the message of health awarness and disease prevention..

We are so grateful Sean, Ronan the Officers; and members of the County Board. for taking this brave step and supporting us with this campaign. Said Mary.

Campion himself explained how the Carlow GAA relationship with the cancer support group originated.

Some time ago we were approached by Mary and asked could we help in some form.

Carlow GAA will carry advertisements promoting the Eist facilities in match programmes, on GAA websites and on social media.

With so many men in our organisation we want to make people aware of the supports that are out there and to emphasise the importance of early testing.

We are delighted with this initiative and are glad to be able to support Eist which does so much for cancer sufferers and their families in Carlow, said Campion.

The news about cancer is very good. The statistics for survival rates for prostate cancer now show a revival rate of 90% and 95% for testicular cancer which is so encouraging. Early detection and a proactive approach by the public is the key to improving those figures even further.

All men who visit the centre can avail of reflexology, counselling and our mens support group who meets every Tuesday afternoon is facilitated by our male counsellor who is himself a cancer survivor. The centre no is 0599139684 and it opens full time Monday to Friday 10 am to 4 pm.