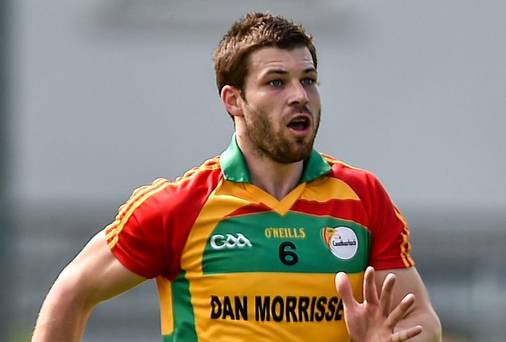 Footballers off the mark

With their first round national football league encounter away to Antrim on February 1st, Carlow gave themselves a real morale booster when beating Louth in this O’Byrne Cup tie on Sunday in Dr. Cullen Park.

One point between the sides doesn’t tell even half the story. After Hugh Gahan pounced for a goal in the opening seconds, the home side could have had another five at least. Instead Sean Gannon added another just before half-time which gave the Barrowsiders a narrow 2-3 to 0-6 half-time advantage.

Immediately after the restart, the Louth corner back, Kevin Toner, deflected the ball into his own net but Darragh Foley was the last home player to get a touch so he will take the credit for the score.

In the third quarter, Carlow should have sown up the game but didn’t. Louth came late and with nine minutes to go, Sean McCann shot home from close range.

Carlow responded well and two points by Paul Broderick gave them breathing space and Sean Gannon’s point put four points between the sides. Carlow needed that. Louth came back strongly and were pressing for the final minutes before referee Eddie Kinsella signalled the end after three minutes of injury time.