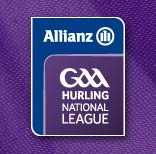 As Netwatch Cullen Park opened its gates to the footballing fraternity last Sunday the National Hurling League takes centre stage this weekend when near neighbours Wicklow come to town.

Carlow are still somewhat rueful due to a perceived missed opportunity against Connaught kingpins Galway in the recent Walsh Cup. Indeed it was a performance, that for 55 minutes or so, stood as tall as any in recent times for a Carlow team. Pat English’s men threw everything they had at the Tribesman and a lot of it stuck but unfortunately that little extra, which comes only from playing at the highest level for a sustained period can bring, told in the end.

A performance, however,  that should hearten our men of ash and lead them into the 2015 NHL brimming with a mixture of quiet confidence. There is also that nagging resentment of not being granted the opportunity to compete at a deserved grade above. This of course will all dissipate once the ball is thrown in and shining stars such as Richard Coady, ‘Alfie’ Corcoran and the effervescent Marty Kavanagh to name but a few, show the Carlow public just how high the bar can be pushed this year.

The Garden County will not come to roll over and allow a path beaten to their goal but there is such a good vibe about Carlow teams at the moment that the visitors will do well to stay with the Barrowsiders over the course of 70 minutes. Two home points in the bag come 4pm Sunday would do nicely for starters. We wait in expectation rather than hope…….