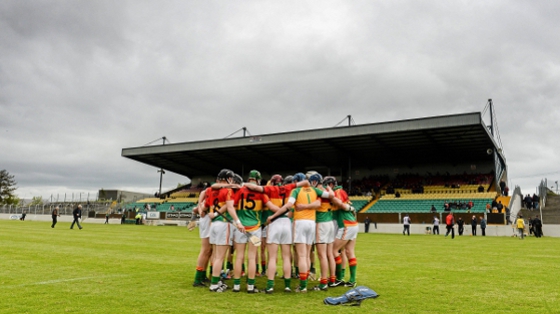 Hurlers unlucky not to claim the win

Seventeen minutes into this first round Walsh Cup encounter in Dr. Cullen Park on Sunday, Carlow looked to be heading for a comprehensive defeat when they trailed 2-4 to 0-2. They looked lethargic and were losing most of the little battles around the field. Soft goals from Bobby Duggan and Gerry Hennelly helped put distance between the sides.

Slowly Carlow got back into the game and it was the experienced Eddie Coady who took a pass from Eddie Byrne to find the net for Carlow.

It was a huge tonic and having played against the wind, the Barrowsiders trailed 2-8 to 1-4 at the interval.

Helped by huge performances from Diarmuid Byrne, Alan Corcoran, John Rogers and Eddie Byrne, Carlow slowly but surely reeled in the students. The sides were level in the final quarter and the rate of scoring dried up. Points by Stephen Hynes and Niall O’Brien nudged the students ahead but Carlow kept their heads and replied through David English and Paul Coady to ensure the points were shared.