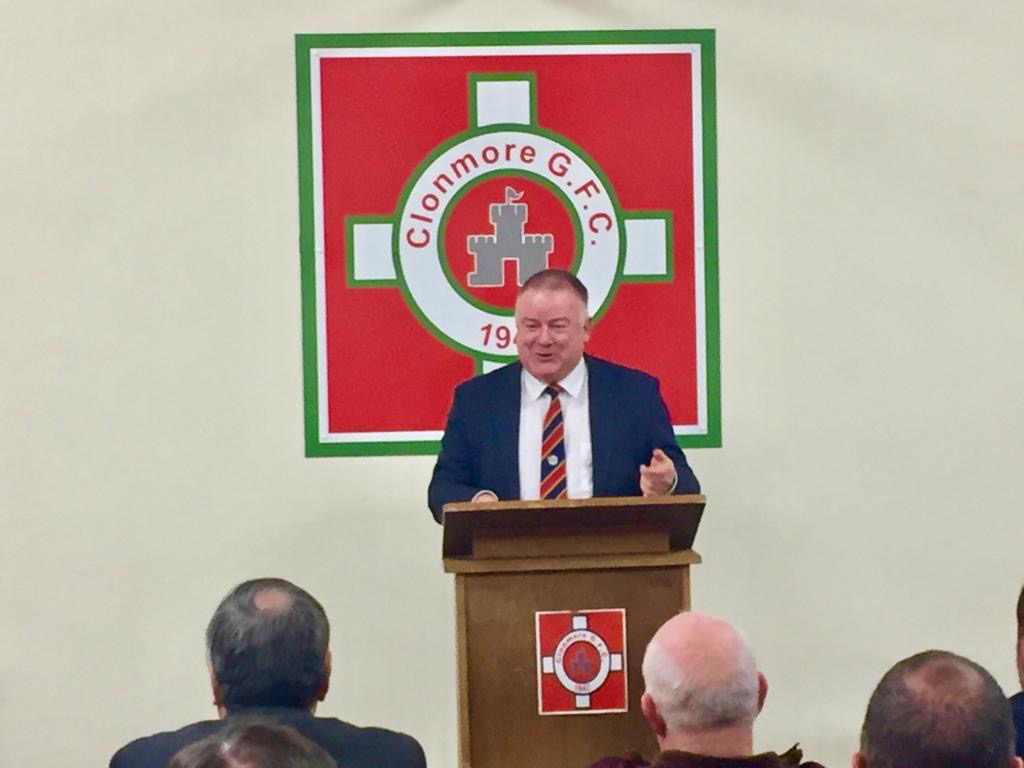 Carlow GAA is delighted to nominate Clonmore Clubman, Jim Bolger, to be the next President of the GAA.

The County believes the Chartered Safety Practitioner and Associate Lecturer would make a significant impact in the role of President and that his past experience makes him the ideal candidate for the role of Uachtaran.

The County also supports Jim’s fundamental belief in the power of the volunteering spirit that lies at the heart of the GAA, and that its greatest resource all its members can be mobilised to bring the GAA forward over the next decade and beyond. Jim Bolger was an inter-county player at all levels, a former inter-county coach/selector at both underage and adult levels, and has extensive experience in senior, high-profile administrative posts. Additionally, he was Vice-Chair, Treasurer and Chair of Coaching and Games in Leinster and has served on numerous National Committees.

Currently, he is serving on the GAA’s Management Committee and as Chairman of Leinster GAA. He also chairs the Hurling Helmet Safety working group, having previously made a significant impact on the National Infrastructure & Safety Committee.

Sean Campion, Chairperson of Carlow GAA, believes Bolger’s diverse range of experience makes him an excellent candidate for this position:

Jim has the necessary experience, drive and enthusiasm to lead our organisation. He has given so much of his time to the GAA and has always robustly supported the Association from the ground up. We are fully behind Jim and his firm belief that the GAA’s role is fundamental in sustaining our communities in Ireland and further afield and we will support his campaign every step of the way.”

Bolger’s campaign was officially launched tonight in the home of his Club, Clonmore GAA. This nod to where it all began for Jim as a young boy on such an historic occasion for the Carlow man, ties in nicely with his firm belief in the Club as being the absolute bedrock of the Association. His full manifesto will become apparent over the coming days but the Club and the support structure around it will most certainly be high on the priority list for him. Carlow GAA wishes Jim every success with his campaign as he bids to become the first Uachtaran from the County.