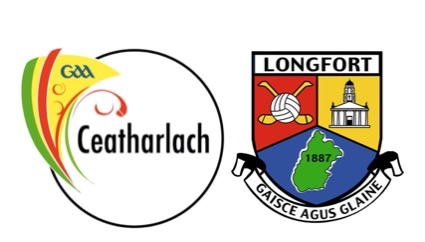 Carlow minor footballers travel to Longford with great expectations Friday night. An impressive Leinster Minor Football League campaign saw Carlow take big scalps in the form of Cork and Wexford. Carlow lost out to Kildare at the semi-final stage but throughout the campaign they showed some very positive signs.

Longford defeated Wicklow in the first round of the Electric Ireland Leinster Minor Football Championship on a scoreline of 1-14 to 1-8 and after a strong showing over the last few years at underage Longford are a fancied side. Longford’s league campaign was disappointing and three losses to Tipperary, Meath and Louth were not the best preparation for the championship but they had enough to see out Wicklow.

As Kilkenny pulled out of this year’s championship Carlow have no back-door to rely on. In preparation for the championship Carlow faced Galway, Roscommon ,Leitrim, Clare  and Mayo in challenges and the panel is ready to go Friday night.  Manager Ken Hickey has the arduous task of picking a starting team from a very talented panel. Captain Shane O’ Neill will look to draw on his earlier form from the league and the CBS Carlow All Ireland winning run. Darren Lunney and Cathal Bailey have also been consistent performers for Carlow and the team is chomping at the bit to get their 2015 Leinster campaign up and running.