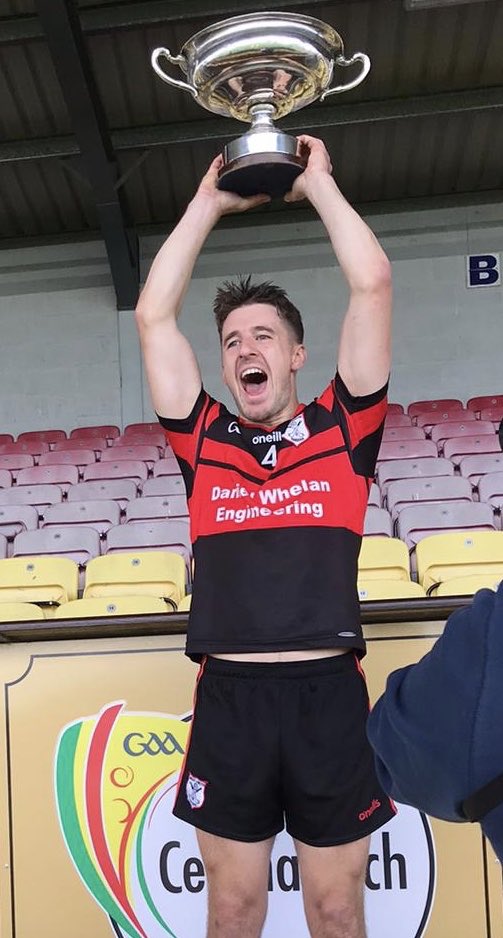 It was the complete performance from Conor Phelan’s team.

They played with great fire and focus to produce a display that combined tactical intelligence, voracious work ethic, impressive skill, and admirable ruthlessness in the scoring zone.

The way this contest played out was the ultimate nightmare from a Ballinkillen point of view.

A young team appearing in their first county final since 2004, they would have hoped for a decent start to help settle any jangling nerves.

Instead they conceded a goal in the very first minute when MLR tore them apart with a brilliant move that saw Paul Coady pick out Ted Joyce with a long-range pass. Joyce in turn fed the ball across goal to Denis Murphy who finished from close range.

Chris Nolan landed a point for MLR a few seconds later and would go on to become Ballinkillen’s torturer in chief thereafter.

He was named at full-forward, but instead played in the middle third of the field in those vital first 20 minutes of the match where he hoovered up ball, won frees regularly, and scored freely.

The extent to which the MLR players had their eye in from the start was summed up by Paul Coady’s early point.

Hemmed in by the left touchline and with little room for manoeuvre, he somehow fired off a shot from 50 yards under pressure that sailed between the posts.

A few minutes later MLR had their second goal, and it was another sweet score.

Jack Murphy passed to Denis Murphy who had only one thing on his mind as he tore through and fired the ball to the roof of the net for a fine finish.

Now trailing by 2-3 to 0-1, the game continued to unravel quickly for Ballinkillen.

A Craig Wall point from 50 yards out were sandwiched by two more classy scores by Nolan as MLR continued to pull the Ballinkillen defence apart with ease.

The confidence was draining visibly from the young Ballinkillen players who never came close to summoning the sort of display that proved too good for St. Mullin’s in the semi-final.

Their first touch was that little bit off, clearances were of the desperate rather than considered variety, and they struggled to compete in the physical exchanges with a bigger, stronger MLR outfit.

Sean Murphy did his best to win some ball and drive at the Mount Leinster Rangers defence and managed to score a nice point on 23 minutes, but he lacked support.

The MLR defence was brilliantly marshalled by centre-back Diarmuid Byrne and space was at a premium for the Ballinkillen forwards.

The score was 2-12 to 0-5 in MLR’s favour at half-time, and they were just as dominant in the second-half.

Three well-worked points in as many minutes by Edward Byrne, Murphy, and Nolan at the start of the half served notice that they had no intention of easing off the gas, and by now it was already simply a matter of just how much they would win by.

They had the luxury of emptying their bench and substitutes like Dean Tobin, Michael Malone, and Ciaran Kavanagh all made positive impressions.

Chris Nolan continued to embellish his own brilliant performance with some sumptuous point-taking, and then Edward Byrne added another coat of gloss to the final score with a well-taken goal in the dying minutes.

It was a fantastic team performance by Mount Leinster Rangers, the only pity was their supporters couldn’t be there to witness it.

As for Ballinkillen, the wounds they sustained today will be raw for some time.

They’re a talented, young team, though, with time on their side, and there will surely be better days ahead.