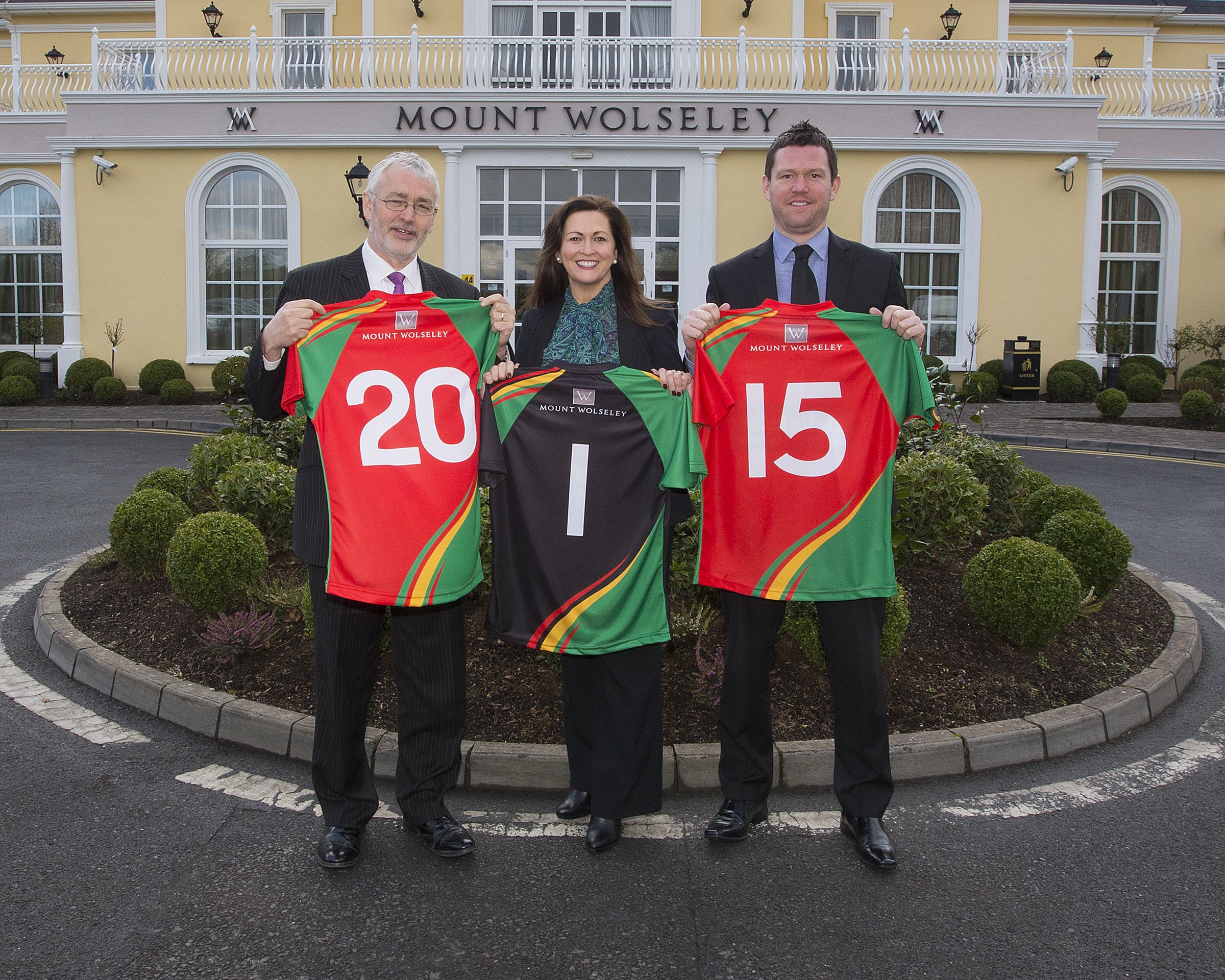 Mt. Wolseley on board as second sponsor

Carlow GAA proudly wish to announce that they have today signed a partnership agreement with Mount Wolseley Hotel, Spa & Golf Resort. In yet another major development for Carlow GAA, the deal will involve the Tullow based hotel’s name and logo appearing on the back of all Carlow jerseys

At today’s launch County Chairman Michael Meaney spoke of his delight that for the third time in as many weeks Carlow GAA has had such positive news: “This agreement, along with our other recent announcements, is a great coup for Carlow GAA. Mount Wolseley is hosting the GAA’s flagship event, Congress, in 2016 and as such we are delighted that the hotel have decided to come on board and support the GAA locally as well.”

Sheena McCanny , Sales & Marketing Manager of Mount Wolseley Hotel, Spa & Golf Resort stated “We are delighted to partner Carlow GAA in 2015, the local community is hugely important to us and a partnership with such a proactive and positive association is a perfect fit for the hotel”. McCanny went on to say; ”with the success of securing the GAA Annual Congress in Mount Wolseley for 2016, we will be working closely together over the next 12 months in preparation for this high profile event, hence this collaboration could not have come at a better time”.

This dual sponsorship arrangement is believed to be the first of its kind in GAA circles and as Ronan Dempsey, Operations Manager for Ceatharlach CLG said: “We are extremely pleased to be associated with Mount Wolseley Hotel, owned by Tetrarch Capital. For such a progressive organisation to show the confidence in Carlow GAA proves that what we are offering in this County is appealing to investors and we really hope to grow and develop our own brand alongside that of Mount Wolseley over the coming years.”

The deal, for an initial 12 months, has an option for both parties to renew for a further two years and it is fully expected that the relationship between Mount Wolseley and Carlow GAA will only strengthen as time goes on. “This investment will help support the enormous cost that is involved in running all our County teams”, said Dempsey this afternoon in Mt.Wolseley. The jerseys will be available for retail from late next week onwards and will be worn officially in their dual sponsor capacity for the first time this Sunday as Carlow take on London.i