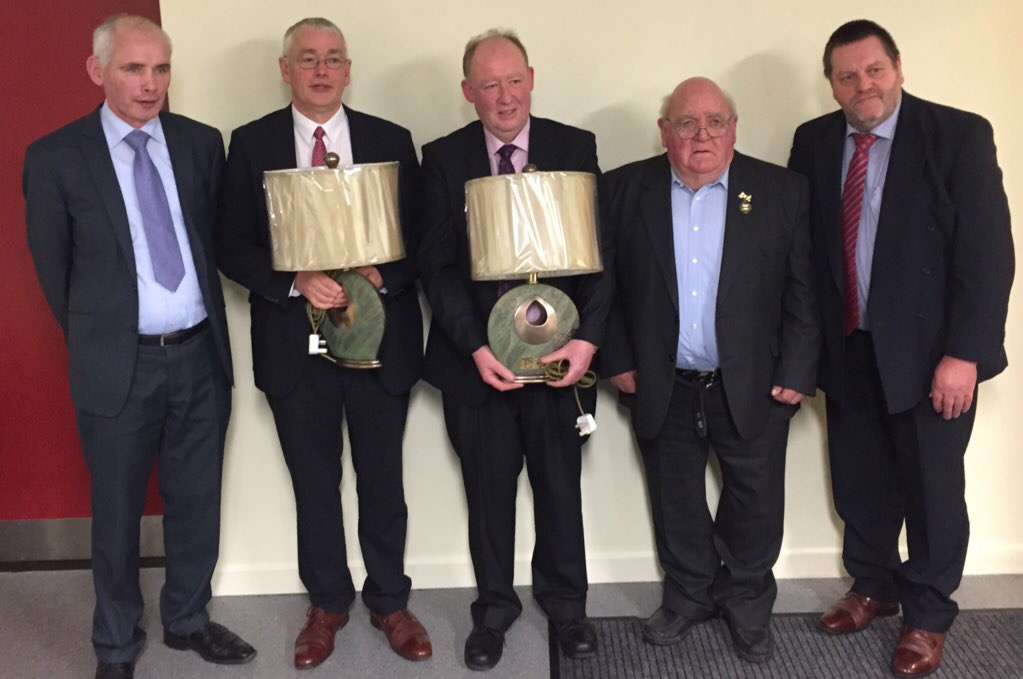 Sean CAMPION elected to the chair In a packed Rathvilly NS for Convention 2015, Sean Campion from Ballinabranna GAA won the battle to be Chairman of Carlow Co. Board. His running mate for the plum role Pat Nolan of Fenagh was elected as Vice-Chair with Cormac O’Toole from Tinryland returned unopposed as Treasurer. George Darcy from St. Andrews was the only other newcomer to the Board’s table, taking up the appointed role of Children’s Officer.

Outgoing Chairman Michael Meaney and Treasurer Mick Byrne both made emotional speeches, a testament to how much passion they both have brought to their roles over their 5 year stints. Two more dedicated men to the cause of Carlow GAA would be hard to find, the work they have done is nothing short of outstanding. Hour after hour of their own time given so freely to improve the fortunes of our County. We owe them an enormous debt of gratitude and no less admiration.

We wish our new Officers well as they seek to put their stamp on proceedings over the coming years. Let’s hope the foundations laid by the volunteers who have gone before will set Carlow on a positive footing as we enter into 2016.