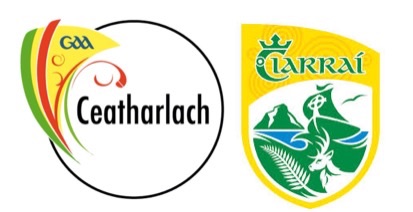 Allianz Division 2A Hurling Round 4
Carlow v Kerry
Netwatch Cullen Park
Sunday 15th March
12.00pm
Referee: Eamonn Hassan ( Derry)
Carlow hurlers know a victory over Kerry will put them in the division 2A final and keep dreams of promotion well and truly alive. Having navigated their way through two relatively facile wins over Wicklow and London, Carlow were finally met with a strong challenge from the unbeaten Derry last Sunday but through determination and some fine scores been taken they came away with an impressive win on a scoreline of 1-15 to 1-13.
Carlow will be well aware of a potential lash back from the Kerry team who were well beaten by Westmeath 3-18 to 0-12 in Austin Stack Park last Sunday. A win for Kerry is vital in keeping them in the hunt for a spot in the 2A final but also in avoiding relegation. Shane Nolan has scored 0-17 for Kerry this year and Carlow will do well to prevent him getting score-able frees. That being said , the same could be said of the Kerry team who will have to contend with Martin Kavanagh who has been in good form this season.
Westmeath play Wicklow in the only other Division 2A match.