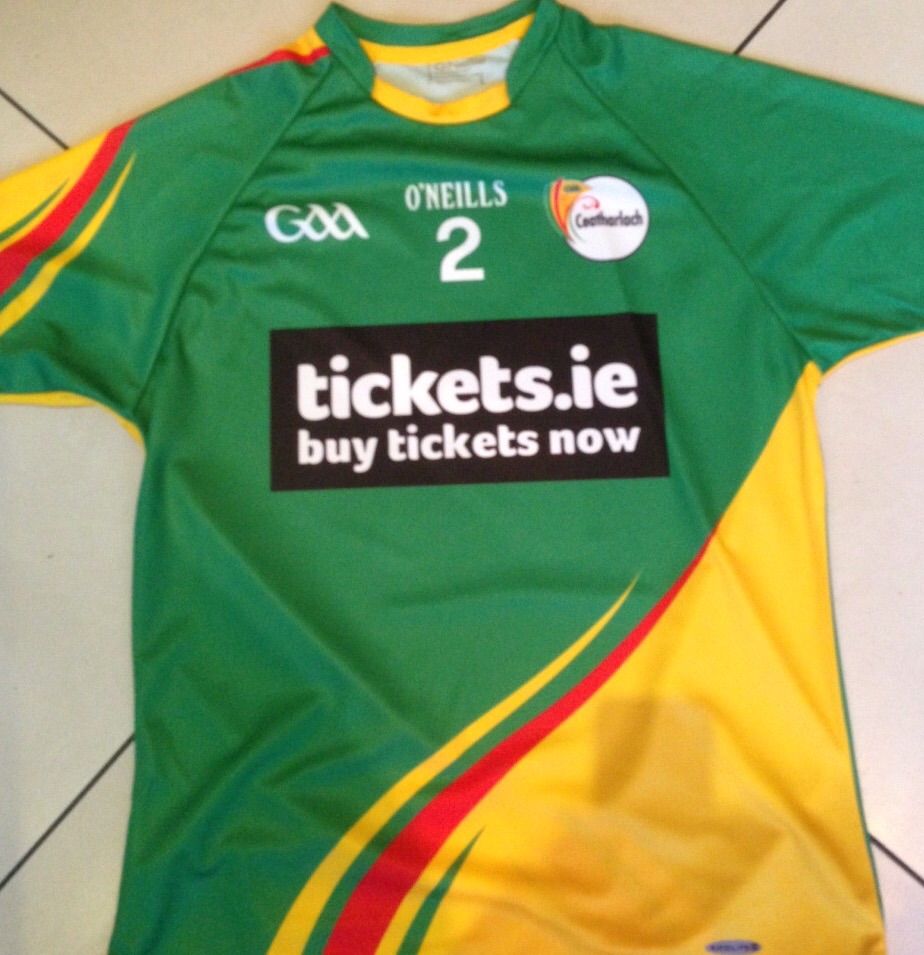 U.21s lose out after epic battle

Carlow suffered an agonising loss in the U21 Leinster Football Championship.
Carlow could be forgiven for thinking it might just have been their night when Niall Quinlan put the ball over the bar after just 15 seconds. Carlow had won a free directly from the throw in, moved it quickly and punished the Louth men.

Carlow wouldn’t score again until the 13th minute however, while the industrious Louth attack managed to amass 2-4 in that time. Diarmuid Walsh and Ronan O’Brien added two points to give Carlow some signs of life but their momentum was quelled when a clash between two players halted play . When play finally did resume Louth got their third goal and so Carlow  faced the daunting task of a ten point deficit with just sixteen minutes gone.

Credit to Carlow they did not let the large Louth lead get them down. When Louth goal keeper Darren Breen sent a kickout short Graham Power reacted quickest and scored a point to get Carlow going again. Power began to exact himself on the game and along with Kelvin Chatten they both fought tooth and nail for every ball.

Power would be rewarded with a fine goal on twenty three minutes. Carlow midfielder John Dwyer got a clean catch from a Louth kickout and Mark Rennick was instrumental in getting the ball to Power for the goal. Rennick had been introduced as a blood sub when Fiach O’Toole had to receive medical attention. Rennick, not content with the bit part, drove the ball to the back of the Louth net just two minutes after Power’s goal. Thomas Kenny had won the ball in midfield and Carlow calmly worked the ball forward for their second goal.

Louth responded and with just two minutes to go in the first half a long ball was sent in for Louth’s colossal corner forward Conor Grimes. Mark Furey put in a hit to win the ball about twenty metres from his own goal, a hit that might just still be reverberating around the Louth countryside. Louth would get their first scores in fifteen minutes with points from Rob Carr and Ryan Burns as the half time whistle neared. Niall Quinlan ended the half with a free to bring Carlow back to within four points at the break.

Carlow got off to a great start in the second half with Graham Power continuing where he left off as he added a point inside the first minute. Kelvin Chatten had injected a bit of pace to drive away from the Louth cover to find Power for his score. Within sixty seconds Chatten got a score of his own. Fiach O’ Toole popped the ball over the bar on thirty four minutes after a one handed catch helped Diarmuid Walshe gain possession to bring Carlow within one point of Louth. Unfortunately this was as close as Carlow would get. Mark Furey continued to get the better of the Louth target man Grimes, and so too did Conor Fenlon. Points from Ryan Burns and Robert Quigley edged the Louth lead out again.

Halfway through the second half Louth’s Cian Doyle received a black card when referee Barry Tiernan (Dublin) spotted the Louth man leaving out his leg to obstruct a Carlow man. Doyle had received a yellow card eight minutes previous so he was then shown a red card along with the black. It wouldn’t be the turning point that Carlow might have thought and as Louth had the cushion of a three point lead they simply shut up shop. Crucially for Louth they managed to keep the scoreboard ticking in doing so. Ryan Burns added another free, a Mark Rennick point cancelled it out. A point from Stephen Kilcoyne followed by a long range free from Conor Grimes gave Louth a five point lead with five minutes remaining.

Diarmuid Walshe took a layer of paint off the Louth crossbar with a shot that sailed agonisingly across the face of goal. Carlow continued to battle and Niall Quinlan converted a free with three minutes to go but in the end our lads just ran out of time. A great effort all over the Darver pitch from the young Carlow men but it was not to be for Willie Quinlan and his backroom staff.