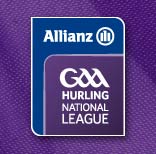 Allianz Hurling Division 2A Round 5

Carlow have suffered an agonising defeat to Westmeath in the final round of Division 2A. One point separated the sides and it was enough to end Carlow’s promotion hopes for 2015. For the second time in seven days a last minute free denied Carlow.

Martin Kavanagh was in fine form from frees today and within the first minute he had Carlow on the board. Carlow lost Eoin Nolan after that score with a hand injury. Martin Kavanagh converted another free on five minutes. Westmeath got their first score of the day when Alan Devine pointed from play. Kavanagh edged the lead back out to two points from a free but then Westmeath began to play with the bit between their teeth.

Westmeath found themselves getting a lot of the ball but some superb defensive efforts from Carlow would keep them out. Alan Corcoran plucked the ball out of the sky inside his own square, Shane Kavanagh made a vital intervention with a stroke along the ground away from goal and Richard Coady made an interception in his own square all in the space of two minutes. Kevin Kehoe put in a magnificent save to deny Westmeath once more.

By the time Kavanagh converted his fourth free however, Westmeath had managed to add three more points so his free in the twentieth minute was to level the sides. Carlow had been starved of good scoring opportunities but when Eddie Byrne found space he broke away at speed and sent the ball between the posts to rally Carlow. Moments later Carlow won a free inside their own half, David English took it, the ball dropped short for John Michael Nolan and he managed to strike the ball to the back of the net to give Carlow a four point lead. Martin Kavanagh would add another free for Carlow followed by a Sean Murphy point to see Carlow close out the half well with a scoreline of Carlow 1-7, Westmeath 0-6 at the break.

Westmeath’s good start to the second half took the wind out of Carlow’s sails. Points from McNicholls, Murphy and Murtagh meant that Carlow’s four point lead at half time had been reduced to just one within four minutes of the restart. Martin Kavanagh edged Carlow back into a two point lead with a free. Kavanagh then combined with Sean Murphy to force Westmeath into taking too many steps and Kavanagh duly put the ball over the bar. Westmeath kept the pressure on with Niall O’Brien matching Martin Kavanagh’s free taking form to bring Westmeath back within one. The Westmeath goalkeeper Peter Collins then matched Kevin Kehoe’s save in the first half when he put in a fine save to deny John Michael Nolan his second goal. Jack Kavanagh put the ball over the bar when the ball found its way to him from the save.

Alan Corcoran kept the defensive efforts going with a fine block to stifle a Westmeath shot. Martin Kavanagh put Carlow three points up with just over ten minutes remaining. John Michael Nolan added a point and Carlow were beginning to look like they might just see off the Westmeath men. Jack Kavanagh did very well to boot the ball along the ground to find Craig Doyle who calmly put the ball over the bar and gave Carlow a four point lead with ten remaining. Crucially for Carlow they wouldn’t add another score. Westmeath did not panic, they took their scores well through Murtagh and O’Brien before substitute Cormac Boyle rattled the Carlow net to level the sides with two minutes remaining. O’Brien would get the all important score deep into stoppage time to sink Carlow hearts. Carlow’s league campaign is over after some fine performances, they will get a chance at paying Westmeath back as their next competitive fixture is the first round of the Leinster Championship Round Robin against Westmeath in Cusack Park on the 3rd of May.