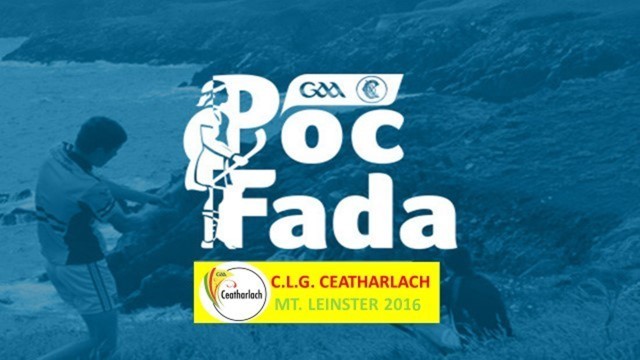 Damian Jordan of Naomh Eoin is the new 2016 Carlow Long Puck Champion when he defeated last years winner Mark Ryan of St. Mullins by just one stroke high on the slopes of Sliabh Bawn Mt. Leinster on Monday evening. June 6th Damian finished on 22 and mark on 23

Kevin Curran of St. Mullins won the under 16 competition

Aine Behan of Myshall is the under 16 champion

The comradery and enjoyment from all competitors, markers, spotters, and supporters was excellent on a wonderful fine evening. Out of all the shots only two sliothars remain on the mountain this morning no doubt the eighteen horses grazing will find them.