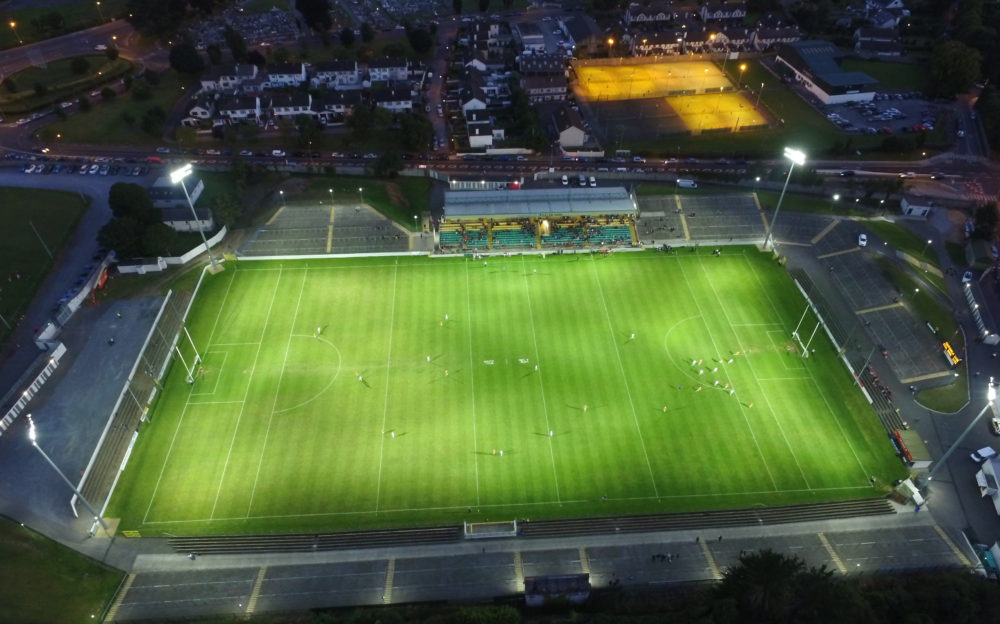 a fitting birthday celebration for NCP

As the dust has settled on a momentous night for Carlow GAA we can look back on the event as a whole: The Killeshin Pipe Band were magnificent as always as they began our evening by leading a huge representation of our Clubs through the streets of Carlow towards NCP. The kids that marched will forever have the occasion etched on their memories. The presence of Uachtaran CLG Aogan O’Fearghail added greatly to the occasion and his willingness to pose for photos with adults and children alike speaks volumes for the type of President he is.

The U.14 Colts Hurlers got proceedings underway,while as the event was billed as a party, at the real core of the evening was the opportunity to showcase our Carlow Colts Talent Academy system to a large audience. Our boys played against old foes Kildare, with whom they have some ding-dong battles with this season. Friday night was no different as they played out a thrilling 2-07 apiece drawn game.

Next up was the highlight of the evening for many as former Chairman of Carlow GAA Michael Meaney and Uachtaran O’Fearghail performed the duty of switching on our new floodlighting system commissioned by SBE Floodlighting Specialists. MC Tommy Murphy ensured the event flowed smoothly and without delay our U.14 Footballers took to the field under the newly lit sky to play against neighbours Laois. In what was a classic encounter our Colts clawed back a big deficit to win the game late on with a three goal salvo. In the meantime our Chairman Sean Campion lead the cutting of the birthday cake with our special guests accompanied by our partners John O’Neill of Tickets.ie, Brian McGrath of Mount Wolseley and David Walsh of Netwatch.

The lights dimmed shortly after 10pm but the memory of this historic occasion will burn bright in the memory of all who attended. To thank all who contributed and helped make the event such a success would take too long but suffice to say Carlow GAA is immensley grateful to you all.