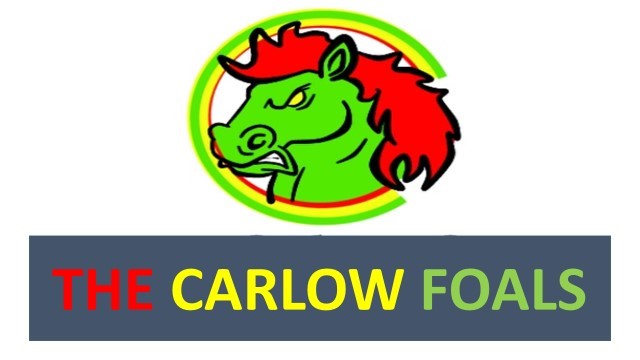 before the colts…come the foals !! BEFORE THE COLTS…….COME THE FOALS !!

After many weeks of speculation and huge anticipation Carlow GAA is proud to announce the coming of The Carlow Foals regional squads. The Foals are a precursor to our much vaunted Carlow Colts Talent Academy system and will focus on talented players who are 12 years old. This means that boys in their final year of U.12 Coisde na ng competition will be eligible for scouting.

The selection process, while not as narrow as the Colts identification system, will still seek to pinpoint talented players who will benefit from interaction with Carlow GAA’s Coaching & Games Staff and also from high quality coaches around the County. The C & G Staff will again identify, in a fair, impartial manner, the up and coming young stars of the future and co-ordinate the sequence of events from then on.

The chosen players from both codes will come together to form regional panels:

North & South in Hurling and,

The exact details of training schedules/matches etc. will be revealed to the players after the trial process has been finalised in early October but safe to say the venue will be second to none in the County…… !!!!

Exciting times ahead for all 12 year olds out there as they now can aspire to become the first ever…….. CARLOW FOALS !!