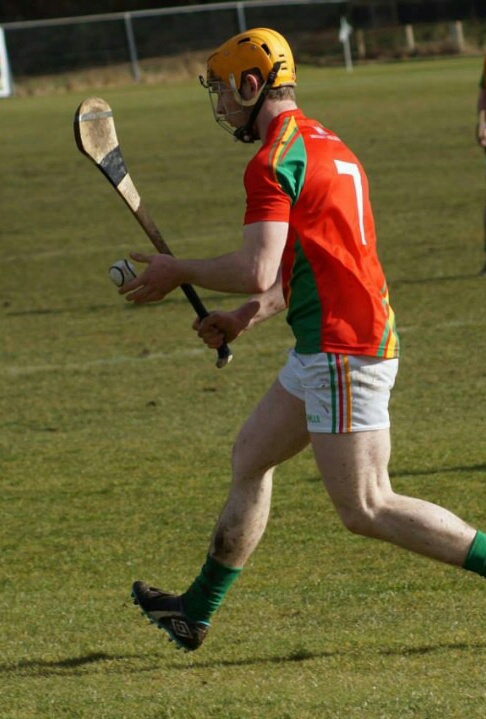 For the third year in a row Carlow minor hurlers fell at the hands of Offaly in the opening round of the Electric Ireland Leinster minor hurling championship at O’Connor Park Tullamore on Saturday.  Carlow started well and had tacked on four points to Offaly’s one by the eight minute.  Courtesy of the first coming from play from Chris Nolan, followed by a Kevin McDonald free and a repeat performance from the two players had Carlow in a good position, with  Eoghan Cahill getting Offaly’s point.  However from the tenth minute onwards the home side flexed their muscles and began to penetrate aided by Conor Molloy at midfield J.P. Cleary at centre forward and the roving Eoghan Cahill in the number fourteen berth.  Points from Cleary and two from Molloy had the side’s level by the fourteenth minute.  In their effort to halt the home side Carlow committed fouls and Molloy with his third pointed free gave Offaly the lead turning in to the second quarter.  A further two points from Eoghan Cahill and J.P. Cleary enabled the home side to lead by 0-7 to 0-4 ten minutes before the break, Kevin McDonald narrowed the gap from a free for their last score of the first half as Offaly added a further five to hold a seven point lead at the break  Offaly 0-12 Carlow 0-5. The home side had seven wides to Carlow’s two in that period.

On the restart Liam Langton and Kevin McDonald traded points, but the visitors maintained that seven point cushion and turning in to the last quarter  it was J.P. Cleary that shot the game’s only goal and put the issue beyond doubt .

Carlow battled to the very end but they were never able to penetrate the Offaly defence to get the scores that they so badly needed.  Thomas Dowling done well in goal, Sean Brennan at corner back was solid after a shaky start Paddy Shanahan got to grips in the number three berth along with Andrew Casey.  John Murphy, Eoin Redmond, and Pauric Coughlan had to work over time. Owen Roberts and Aaron Amond battled hard at midfield.  Chris Nolan, Kevin McDonald and Andrew Kane did their best to turn matters around in the half forward line, and were the only three to register for Carlow. Niall Lynam, Liam Galway, and Dean Grennan were well policed in the full forward line.

Carlow will now play Westmeath in the next round on Saturday April 25th at Netwatch Cullen Park , Westmeath beat Wicklow by 5-19 to 0-4 on Saturday in Ballinakill.